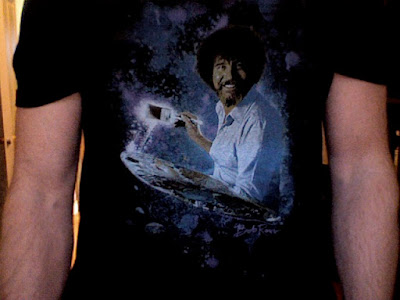 In this world where the majority have opted to make their private life public and yet still seem justified in acting surprised and indignant when their opinions are challenged or their nudie pics are stolen from The Cloud or The Matrix or Bespin or wherever the fuck, honesty seems as rare as an uneaten Ho-Ho in Kevin Smith’s cupboard. By putting their lives on display people have become a product that they market, and like a trailer for a movie showing only the best scenes they market a shiny happy edited cut, presenting an idealized version. A façade, a plastic facsimile of reality: The perfect untouched meal arranged on the perfect china plate in the perfect lighting balanced by the artistically just out of focus and wiki-researched perfect complimentary bottle of wine “Before”, but not the wine-stained tablecloth, sink-full-of-dishes, droopy red-eyed, hand-down-the-pants,farty, sleeping on the sofa in a display of drunken resentment “After”. Harrison Bergeron tried to warn us about the dystopian hollow perfection these masks create, and we all know happened to him, right?
No? Then I recommend reading a book you illiterate maroon.


That’s not reality. Life is not all Norman Rockwell. It’s messy. More like a Jackson Pollock.

I’d like to share something with you, something different, something refreshing: Reality. For a change of pace, instead of reveling in my all-encompassing awesome, I invite you to wallow in my humiliation. You should feel honored; very few know of this embarrassing slice of shame-filled pie.

The night before had been a cracking exercise in excess, rife with debauchery and ultra-violence. The entire sordid affair is described in detail on Day 108, so do yourself a favor and peruse that anecdote. The short version for those of you that move their lips when they read: a trip to a city an hour away, a stupidly gratuitous amount of bourbon and recycled beer, convulsive cake-shaking, and a trite misunderstanding with the a club's security detail that lead to my hasty and heavy handed ejection from the premises followed by a Royal Rumble of such ferocity that the Titans themselves shuddered in awe. I may or may not have had my ass handed to me.  My judgement impaired by alcohol and a possible concussion, an executive decision was made to keep the abuse rolling by gorging on fast-food and passing out on a friends decrepit couch that was covered in stains of questionable origin.

I awoke abruptly, sore and disoriented, my face and hair soaking wet. Panic set in. Was I on fire again?
Was I drowning?
In a toilet?
Did I flush?!
My eyes half focused and I saw my amigo Jimi standing over me, an empty pint glass in his hand. "Aren't you supposed to be at work in an hour?" he asked.
My wrist was bare. I'd lost my Batman timepiece in the skirmish with the no-neck Neanderthals! (For the younger readers, before the world became enslaved by the Apple Overlords, civilized folk wore miniature clocks secured around our wrists that enabled them to tell time, set an alarm, signal Superman for help, and talk to Tess Trueheart).
"Shit shit shit", I sat up and winced. My hematomas had hematomas. "Dude, why'd you pour water on me? I'm soaked!" I asked as I struggled to lace up my boots.
"You puked in my shoes" he responded.
Not stopping the complicated procedure of playing Cat's Cradle with my laces I briefly glanced over to where Jimi's shoes lay under a canopy of viscous un-chewed food. They had most certainly been befouled.
"That's not mine you dick. I had taco's. Your left shoe has pepperoni on the toe. Carl had the pizza. Your right shoe is overflowing with Alphaghetti, and you sir, are the only Alphaghetti Gobbler I know".
"Oh".
"Dick" I reiterated, putting the issue to bed in a way only boys and men can.
Half a cold meat-ish filled taco clamped between my teeth I forfeited my Battle of the Boots and raced out the door into the crisp December morn, a blur of obsidian starkly contrasting against the crisp white canvas of rapidly falling snow that blanketed the world. It registered briefly that I was stranding the friends I had chauffeured here, but you know how the old proverb goes: "Fuck 'em".
I felt...off. My skin was sensitive and I was slightly feverish, and my insides seemed to twitch. I assumed it was my injuries from the night before competing for attention, those both self inflicted and sustained by the steroid monkeys. I ached all over from bruising. My liver screamed. I tenderly folded myself into Castle Greyskull looking very much like a dog fucking whiskey bottle, and headed for work.

It became apparent almost immediately that I was not going to be on time for work, or anything anytime soon for that matter. The snow storm had rapidly upgraded to bonafide blizzard conditions; visibility was non-existent, and I could feel mighty Greyskull's tires sliding on the un-plowed highway. I was crawling. And I was really not feeling very well. Hoping that the city streets might be plowed, or at least provide me safer passage, I abandoned the motorway for the city streets.

Apparently the suddenness and volume of precipitation caught the locals who experienced this phenomenon Every Single Winter completely off guard, notably the husk of the SUV that was strewn across the fast lane, and the transport truck on its side across the other 2 lanes. It was a pallet of crimson brake-lights from a hundred other vehicles, more now piling up behind me, hemming me in. There was nowhere to go, no way to turn around, trapped. I was six shades of fucked.

Turns out my detour on a road to nowhere was not my first mistake. Apparently multiple pitchers of recycled beer chased with seven late night taco's that were constructed using caulking guns and drowning in hot sauce had that particular honor.

Without warning my colon painfully cramped as if it was on the receiving end of an Indian rug burn (get off your Cultural Insensitivity soapbox before you fall and hurt yourself Sally...that's what it was called and that's what it felt like). My guts were roiling like a sack of agitated asps. My skin was on fire, it hurt to be wearing clothes and I started to shake all over. I was perspiring profusely, a cold, shiver inducing sweat. I was very unwell indeed. There was sudden movement in my intestines. I looked around in a panic at the sea of unmoving cars, willing them to part like the Red Sea.

Oh I was most definitely in a tight spot, the proverbial pickle.

Another seismic cramp seized my insides, accompanied by audible movement.

Oh god oh god I wasn't going to make it!


In a flash, I flung open the heavy door of Castle Greyskull and bolted from my car into the middle of the stationary bumper to bumper traffic. This wasn't so much a conscious decision as it was a necessary but involuntary action. My hands already fumbling with the pentagram buckle of my belt I made a tight-cheeked shuffle through the metal gridlock and climbed the snow-bank on the far side of the crowded road. Painfully aware of the hundred plus pair of eyes now raptly watching me through their windshields, pants now around my ankles, I squatted.

Even in this devastating moment of urgency concern for my reputation crowded my thoughts. If I faced the traffic my face would be on display. If I turned my back to them what was on display would be far more graphic. I opted for the not ideal compromise of my profile.

I violently voided my bowels in front of the multitude of horrified spectators,  relief washing over me in an awesome wave.

As I wallowed in my own molten putrescence I inadvertently made eye contact with the aghast motorist directly next to me, her mouth agape in an O of shock and disgust. No turning back now, any shred of dignity lay steaming behind me, I scooped up a pile of snow and cleaned myself up as best I could. She kept staring. I didn't know what else to do, so I winked at her. I don't know why I did, but as god as my witness I fucking winked at her.

She was either going to have years of therapy bills, or one hell of a story to tell of the man in black in the snowstorm who was Jackson Pollocking all over the place.

This was not a happy little accident. No sir, not at all.