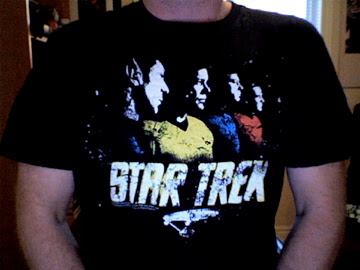 Now where was I....it's been so long...
Oh yeah, telling you how awesome I am.
Wait....no...it was something to do with how less awesome everyone else is.
No, it was definitely how awesome I am. The devil's in the details.

My wife is insisting I was talking about her, but that doesn't sound right...I like to talk about me.
She is so adamant in fact that she has suggested a wager: my collection of 1977 Happy Days Dr Pepper glasses against her 1977 Escape From Death Star boardgame from .

Ha ha! She is on! A quick review of past entries will drag her folly into the light kicking and screaming like some wrinkled pink-eyed underground albino Mole Man!

I can't believe I fell victim to one of the classic blunders - the most famous of which is "never get involved in a land war in " - but only slightly less well-known is this: "Never go against a Czechoslovakian when the Death Star is on the line".

I had been regaling you with "The Tale Of The Night We Almost Weren't", a robust and romantic retelling of our classic first date. It was upon this historic date that I discovered that my love affair with horror movies and the puritan sweetness of my lovely bride do not mix. Like oil and vinegar. Elevators and flatulence. Religion and reality.

What had started as an exciting foray into new romance had quickly turned to tears. Don't they all.

Should I have known that scary movies would have such an adverse reaction on such a gentle sheltered soul? Maybe, but in my defence I'm pretty self absorbed.

She left my car that night a trembling, sobbing mess. Don't they all.

Now normally this wouldn't have bothered me as I am somewhat callous and brimming with apathy, but there was something about this girl, she was special.

Now I don't mean special in the same way that parents tell their children that they are Special and Unique like the other 2 billion Special and Unique children on the planet that have yet to make a significant contribution to merit those particular accolades.

No, she is beautiful but doesn't act like she knows she's beautiful, preferring jeans and t-shirts over heels and tiaras. She gets bored by work and baby talk, and doesn't define herself by her salary or procreative prowess. She is sweet and kind and wishes everyone happiness.

Plus she is quirky and klutzy as shit, which cracks me up.
She is the real deal, the single most authentic person I have ever met.

AND she had the wherewithal to eventually recognize my supreme awesomeness.

Can I get a collective Hallelujah!
Can I get my 1977 Happy Days Dr Pepper glasses back?

Fine. She was ok I guess, and I had blown it. Two weeks had gone by and I hadn't heard from her. If I didn't make a move I may never get a second chance. But if I called and pretended like nothing happened I'd look like a selfish insensitive jerk. And if I called and apologized I would be admitting guilt AND showing weakness, so that wasn't an option. It was the Kobayashi Maru: a no-win scenario.

Obviously this type of thing didn't happen to me very often. I didn't know what to do. I was getting a complex. Who am I kidding, no I wasn't, but I don't like to lose. Kobayashi Maru be damned!

I was considering reading up on “How To Concede” when something excellent happened: she got streptococcal pharyngitis! Sweet deal!

You see brethren, one of my many amazing qualities is that I listen, I observe, and I remember. Not because I'm some sensitive sentimental type. No sir, it’s because I can then recall and USE the information I have stored at a time advantageous to my personal gain. What's that? "Manipulation" you say. Why, yes...yes it is. But why the disdainful wrinkling of your nose when you say it, like I've farted in your car, the windows are stuck closed and the heater is on? It’s not a bad word. It’s the ability to guide and influence someone to a desired outcome, and if that desired outcome is Me, well, then its a Win-Win for everybody.

I remembered a fleeting conversation we had had about what our parents did for us when we were sick as kids. Her mother would tuck her in with a stack of Word-A-Search and Crossword puzzles, Richie Rich comic books, and a Bomb Pop, the red, white and blue popsicles. My old man would tell me to quit my whining, be a man, and walk it off. Happy Days indeed.

All I had to do was recreate these conditions, showing her I both Care and Listen, whilst subconsciously harkening her back to a time of feel-good innocence far removed from the associations of horror movies and bad dates!

I quickly went into action gathering the necessary items for strategic deployment. The Word-A-Search and Crossword books were easily procured. From my own private collection I selected a fistful of funny pages featuring the exploits of the poor little rich boy and his foil Reginald Van Dough Jr. I'd like to point out the extent of my mastery of manipulation by the added tier of subliminal messaging by selecting issues that featured the porno-named characters of Mr Woody, Nurse Jenny, Minnie Mintz, and Captain Fuzzby, and avoided any appearances by Pee-Wee Friendly.

In 3 separate Mom & Pop shops, my very specific popsicle requests were met with the blank lifeless stares of 16-year-old grocery clerks who don't give a fuck and store managers who gave up giving a fuck long ago. My panic was surpassed only by my desperation. My plan hinged upon this phallic shaped delicacy. I must secure at least one solitary Bomb Pop...I MUST!

Setting my own personal principles aside I manoeuvred Castle Greyskull into the parking lot of one of those new Mega Stores where purchasing an overpriced loaf of bread, a container of milk, and a stick of butter was revered as an Experience, and deemed an Adventure by bored housewives trying to hide their age and cellulite behind black yoga pants. I deliberately parked in one of the spots reserved for Expectant Mothers. Hey, why not...its a suggestion, not an enforceable law. Getting pregnant is a lifestyle choice not a disability, a totally normal physiological experience. If you are in such a state that you can't waddle a few extra feet you probably shouldn't be at the mall in the first place. You'll thank me later when you can fit into your yoga pants.

I ran into the store, a man determined, a man possessed. A hot sweaty mess and very much out of my element. Sensing that this particular fish was not only out of water but somewhat dangerous, the elitist staff played a practiced game of Hide n’ Go Fuck Yourself, deftly eluding, blatantly ignoring. Catching a fleeting glimpse of green apron and red acne I darted up Ethnic Foods, finding only curry and kimchi. A mirage.

I slumped against a rack of chutney and began to sob. Game over man, game over!

I felt a feather-light touch on my sweaty ankle and freaked the fuck out, my depression broken by my absolute terror that an Ethnic Tarantula had stowed away in a can of Borshch like a little hairy eight-legged Mikhail Nikolaevich Baryshnikov.

Sprawled at my feet, was a very pregnant woman, the pasty white of her complexion broken by rosy blotches and a sheen of perspiration, her breath coming in heavy ragged gasps. Her shoes had split open exposing her swollen feet and ankles, and her bloated swaying teats appeared on the verge of doing the same. A tube of Preparation H was clutched in one hand, her other reaching for me, she croaked in a parched rasp "No....parking...".

I screamed. And ran. I couldn't win! All I wanted was a fucking Bomb Pop, couldn't they see!
It's a madhouse. A MADHOUSE!
Grabbing random shoppers like a crazed Kevin McCarthy at the end of Invasion of the Body Snatchers I was trying to get them to understand my need, but the only words I could get my mouth to say was either BOMB, or POPS.

And that's how a simple shopping excursion ended in tears and security restraints. Don't they all.

I eventually did find a box of the red, white, and blue popsicles (they had been renamed to the much friendlier Rocket Pops), and presented them to my ailing amour.

It did the trick.
Using manipulation I had altered her associations. I had reprogrammed her thinking so it was possible to get the girl.

Some may say I cheated. I just changed the conditions of the situation. I should get a commendation for original thinking.

I don't like to lose. And I don't believe in the no-win scenario.

I just stole back my Fonzie.

Posted by The Wearer at 7:55 PM No comments: