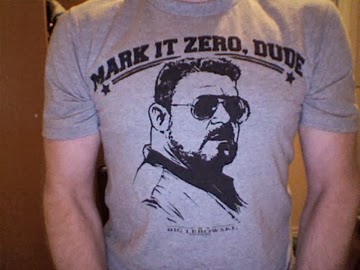 And yeah, well, you know, that's just like my opinion, man, but I think you've cottoned on to the reality that my opinions are the right ones. Nuff said.

I pleaded to The Four Winds to hear my prayers to rid the planet of the resurgence of this shaggy scourge. Turns out The Four Winds are big Zach Galifianakis fans and instead the prevalence of this heinous hirsute hipster "accessory" intensified. They were everywhere, multiplying like New York sewer rats for the face.

I just couldn't fathom how someone could look themselves in the mirror whilst donning a filthy facial facade that screams LAZY and DIRTY and think "Damn, that lack of effort looks gooooood". Its a sign of one having given up. Like trackpants for your chin.

So I took it to the streets and began to poll. I found a coffeeshop that had an abundance of "Share The Road" bumper stickers, so I knew I was in the right place, but I still had to discern between the homeless and the hipster. It wasn't that hard once I closed my eyes and listened for those who described food as "artisan", wine as "oaky", and both mispronounced and misused "bourgeoisie".

The younger generation told me they feel it makes them look experienced, distinguished. Mature. Like a seriously padded resume that you hope a potential employer doesn't look too closely at or follow up with your references and see you for the fraud you are.

Sadly, the older gents were either following orders from the spousal "boss" or wanted to compete with the youngsters, blindly following the trends in a desperate grab at the fountain of youth, a pathetic attempt at relevance.

Lies.
Lies for your face.

If you've been following for awhile you have probably sung the praises of my thoughtful insights, and perhaps boasted to your friends that you know me.  So you know that I traffic in the truth. I want you to squint your ears and listen closely as we get down to the real nitty gritty.

Put down your fair trade coffee served by someone with a permanent sneer of minimum wage superiority, and close your laptop upon which you have been fervently tweeting other people's ideas as though they were your own. I hope you pick up what I am about to lay down.

Fat guy, you are only fooling yourself if you think that a sculpted angular beard is tantamount to a jaw-line. I can see the extra chin underneath those bristles.

If your partner encourages you to grow a beard its because they desperately want you to cover your face. You are likely very unfortunate looking, or they are simply just sick of looking at you.

You know what a beard really is? Its a sieve for your face. The equivalent of a disgusting kitchen sink drain trap. It catches crumbs and snags wet food in its bristly weave like a fishermans net. It soaks up that vegan and gluten free coconut bacon and kale protein-shake with a wheat-germ & pomegranate booster blast that you had for lunch. Last week. Drool and spit and snot and other bodily fluids are absorbed like the quicker picker upper and flavor saver rolled into one disgusting furry disease carrying petrie dish under your lip.

Of course there are exceptions to every rule.
ZZ Top. Green Arrow. Chuck Norris. Gandalf. The Amish...they all get a pass.