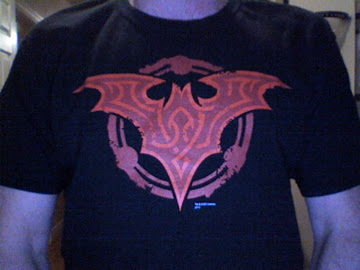 "I don't understand what makes a man hate another man, help me understand"
-Depeche Mode
I've been thinking and talking a lot about the tragic shooting at the Colorado film premiere of the Dark Knight Rises. It has really got under my skin.

There is forever going to be a stigma attached to this film due to the tragedy that has occurred. This is unfortunate as there is no link between this movie and the events, or even cinematic violence in general and this psychotic individual. This was just another in a long list of violent crimes in a violent world.

The perpetrator was nothing more than a glory seeking sick fuck who knew this would be a media hyped and crowded arena imbued with pop cultural iconography that he could hitch his wagon to and be forever associated with.

I'm sure the small-minded and sensationalistic media whores will try to find correlation between the acts of a singular sick individual and the movies or characters in a feeble attempt to make sense of the world, or at least make it pop with more pizzazz.

But I don't want to go off on an editorial rant. This isn't about my distain of the media. And I definitely don't want to give James Holmes any more power through attention.

This is merely Exhibit 'R' in my growing case for misanthropy and the unfortunate necessity for personal social isolation. I don't even like to leave my house anymore unless necessary. Its not Agoraphobia, or a neurosis. Its self-preservation.

One is not permitted to go anywhere public to enjoy themselves, whether it be the darkened theater for a highly anticipated premiere, the food court of a crowded shopping mall after joyfully finding the perfect anniversary gift, or the simple pleasure of a coffee and an apple crumble on a first date at a Just Desserts, without threat of this violent sick world personally imposing upon the ridiculous notion of happiness.

A few hundred years ago this was a world where wars were waged in the name of God, and people were persecuted, tortured and burned at the stake as witches because of the color of their hair.

Look how far we have evolved.

Today we live in a world where wars are still waged in the name of gods, and trillions of dollars are spent on modern day witch hunts.

A world where a convicted serial killer is given a free education and then loosed upon the world, and freedoms are vehemently fought for for someone who brutally decapitates a stranger on a bus.

A world where a madman manages to smuggle an assault rifle, 40-caliber handguns, and a 12-gauge shotgun into a movie theater, yet I am threatened ejection from a cinema for bringing in my own bottled water.

I love the movies, the theater. It is a bastion for me. A place to escape from the terrors and senselessness of the world at large for a couple of hours. To me it is a place of innocence, a place of hope. A sanctuary.

But that's not true.

I know I may be rambling heavy handedly, but I feel such profound sorrow at the sickness of this crazy world.

A world that just doesn't make sense to me.


My heart goes out to the victims and their family and friends. 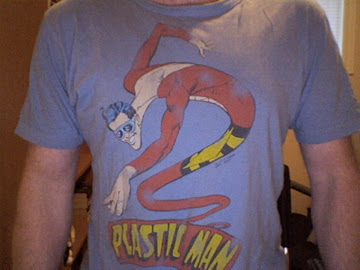 Eel O'Brien, aka: Plastic Man. Probably the one and only time White Sunglasses on a guy are acceptable, and even then it's a.....(wait for it....wait for it).....STRETCH!


And yes, and the question has been posed: "does EVERYTHING stretch"?