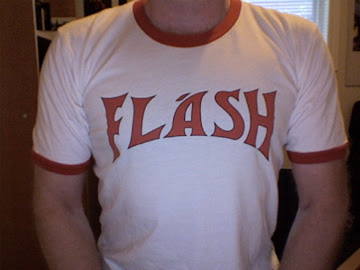 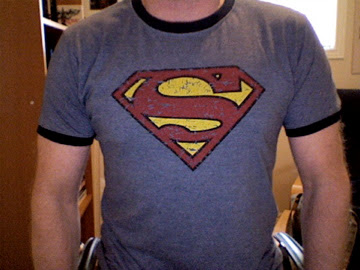 I lost a dear friend last week. His name was Norman, and he was my father-in-law, but to me he will always be Papa D.


It was very sudden and unexpected, but it was also without fear, suffering, or indignity.


He was a great man, full of life and history, strength and resolve. A man of boundless compassion and infinite mirth. A Superman.


He was the type of guy who asked "What are your intentions with my daughter", and meant it. The type of guy who if he could not find a word to describe something he invented a completely new word, often a hybrid of several known words.


Years of hard work and hockey had forged a physique capable of kicking sand in Charles Atlas' face. Even in his twilight years he was possessed of what I called Old Man Strength. When he was 75 he helped me remove a stubborn tree by ripping it out by its roots. With one hand. He was a marvel.


He never threw anything out because everything had a use, and anything could be repaired with an old hockey stick, from banjos to barbecues. He only paid $2.50 for a haircut, but would come home from George the Barbers with only one side of his hair cut because he was generous to a fault and didn't want to hurt George's feelings by commenting on the unfinished work.


To the best of my knowledge he only owned 3 shirts.


We used to make each other roar with laughter. Not a fleeting or polite chuckle, but the deep down full body belly laugh that brings tears to your eyes. All of his stories involved characters from his youth that had names like Stinky and Butch, and I knew if we had known each other back then we'd have been fast friends.


If he were here right now I'd thank him for everything he has given me: nothing but good memories, laughter, and most of all my wife, his daughter, and for that I am eternally grateful.


He was just a really good guy. 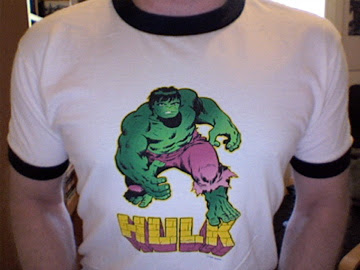 (Related posts: Days 15, 22, and 40)
The second time I ran away from home was purely a matter of survival. At the time I honestly thought I was going to suffer a horrible and painful death if I were to remain in close proximity of my family.

As a byproduct of a vengeful transgression against my brother and the melee that followed, an electrical wall socket in "The TV Room" had been violently torn from its housing, throwing my family home into complete darkness. The absence of light was a harbinger for the blackness that was to come.

With an ear splitting bellow like that of a constipated hippopotamus my father announced his displeasure from the floor above us. A glance was exchanged between my brother and I,  an understanding of our pending mortality. Our differences and mutual animosity momentarily forgotten as we stood united in fear and resignation.

The whole house shook as my father's 300 pound bulk came thundering down the stairs, I grabbed the edge of the door frame, bracing myself for impact. I felt my brothers fingernails bite deep into my shoulder. As the elder sibling he knew that he would be viewed as He Who Was To Be Responsible, and to save his own skin we would need to corroborate our stories,  minimize the damage. Time was running out, the hulking patriarch was approaching the last riser. Through gritted braces my brother quietly instructed me, "Follow my lead". Solidarity was our only defense. I  met his fearful gaze, nodded my head slowly, and took off like a bat out of hell.

Under the blanket of darkness I managed to dart past the enormous shadow of my father and quietly slip into the crawlspace under the stairs. Normally I avoided this cramped area, knowing it was a den of filth and dust, the home to grapefruit sized arachnids with dripping fangs and the hairy Lurker in the Dark with its waiting slavering jaws, but at that moment it was a Refuge, Sanctuary. My brother and father were both too large to get any farther than the doorway.

My childhood took place in the 70's. Family dynamics and child rearing had shifted since the flamboyant Peace & Love era of the Sixties and had given way to a concept known as Tough Love. Children were to be seen and not heard, and fathers said "I love you" with their belt. By the screams and whimpers I could hear from my hiding place my father was in a very loving mood.

I crawled as far back into the cave as I could, contorting my small frame into the even smaller space, and held my breath. I closed my eyes tight, although I'm not sure why because even with eyes wide open I couldn't see a thing. I imagined things slithering and skittering towards me in the dark, coarse legs and extended feelers tentatively probing my exposed flesh, powerful mandibles slowly opening wide. Oh God oh God oh God. I was stuck between a Hulk and a Dark Place. I tried to distract my traitorous imagination by trying to discern what sharp cornered object was poking uncomfortably into my spleen. It was either the Weebles Haunted House or Vincent Price's Shrunken Heads Kit.

The sounds of discipline dwindled and eventually abated, but I held my breath and didn't move for several minutes, which in Trapped-In-A-Crawlspace time equalled about an hour. It was quiet, too quiet. The very silence seemed to roar. I cautiously peered from my hiding place. I was surrounded by darkness so impenetrable that, to my terrified mind, never since the world began had light plumbed this abyss of embalmed blackness. Shadows upon shadows.

I perceived more than saw a slight movement ahead of me. There, crouched in the darkness, my brother lay in wait, a hunched and huddled form projecting a rage that was near palpable. My muscles coiled, ready to leap to safety, my stomach clenched. A guttural rumble began to build, coming from everywhere and nowhere. This was bad. I needed to defuse the situation. There was but one course of action left to me: Barney Rubble.

I had a knack for mimicry, cartoon impressions being my forte, and my brother always got a  kick out of it. Deputy Dawg, Droopy, Yogi, Popeye, Boris Badenov, Muttley, Shaggy and Scoob...I could do impressions of them all, but my brothers favourite was the Flintstone's loveable numbskull Barney. Taking in what might be my last breath I commanded my vocal chords to become the diminutive blonde-haired caveman, "Uh...Did I do good, did I huh? Hyuk hyuk hyuk".

A snort and a restrained chortle drifted up from the darkness, but was quickly swallowed by a crash and a bestial roar coming from the TV Room. My father. Instead of taking the time to move the heavy oak end-table that was obscuring the damaged outlet he had wedged his considerable girth between the wall and the table. The crash had been his head violently connecting with the corner of the table as he had reacted to Barney's inquiry as to whether or not he had done good. A flashlight flickered on illuminating my father's livid visage. The rivulet of blood trickling down his scalp accounted for the unearthly bellow heard moments earlier.

Without a backward glance I vaulted over the prone body of my brother and blindly dashed up the back stairs, muscle memory directing my hands to the unseen doorknob, tearing the door open in one fluid motion, and out into the open air.

After having become accustomed to its absence I was blinded by the light, like stinging needles pressed deep into my eyes,  but I kept running,  my terrified mind assuring me the lack of sight was only temporary.

I would not have found the thought comforting had I known what horrors my eyes were going to witness next.
Posted by The Wearer at 9:26 AM No comments: 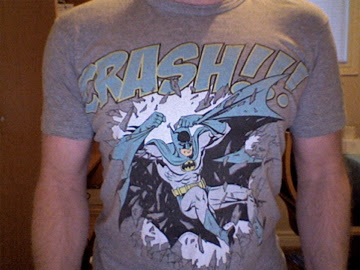 A message to the readers:  I have had to take a short unplanned hiatus. We'll be back next week, same Bat-Time, same Bat-Channel! Be sure to tune in!
Posted by The Wearer at 3:39 AM 1 comment: 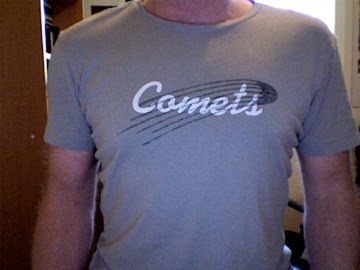 I think back fondly at my time spent with the Comets. We were boss. Bigger than the Wanderers, tougher than the Furies. Then along came the other gangs. First it was Benny and his infernal Jets, then the Sharks. But it really went to hell when the Warriors arrived...nobody fucks with the Warriors man, nobody.
Posted by The Wearer at 8:28 AM No comments: 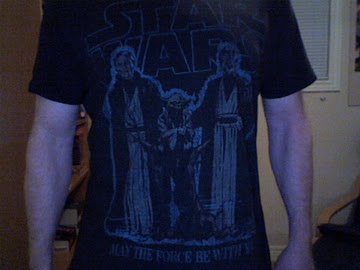 Apparently today has been designated National Star Wars Day, as in        "May the Fourth Be With You".
I got the memo but it was written in Nerd and I only speak Geek.
Posted by The Wearer at 4:07 AM No comments: