Question:
Just exactly how much geek can you fit on one shirt?
Answer:
Shatner!
Posted by The Wearer at 4:15 AM 1 comment: 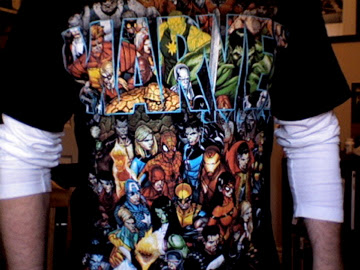 The population of Planet Earth has reached 7 Billion.

That just seems to be a tad...unecessary. Serious overkill. Do we really need that many people?


And why is the population of countries that can't sustain their current numbers continuing to expand?


This planet is already waaaay too crowded for my liking, its cities, the streets. Too many people. Urban fucking sprawl. Exactly how many Home Depots & Wal-Marts does one community really need?


We are continuously being bombarded with panic inducing stats about the future of our wee third rock from the sun, soundbytes plaguing us with depressing realities: unemployment is on the rise because there are not enough jobs, natural resources are quickly dwindling, the oil wells running dry, we have diminished capacity in our overhoused jails to contain our growing numbers of morally bankrupt albeit civilly entitled scumbags, there is not even enough cork to stop our wine bottles, and chocolate is soon to be extinct! Chocolate man!


Its not that there are not enough resources, we just have too many people depleting them. The concept of not enough jobs baffles me. Of course there are enough jobs, there is exactly the right number of jobs. The problem is that there is a surplus of people.


People have accused me of being misanthropic, which I think is a little harsh. Unless of course they are referring to my general overall distain and contempt for the human race as a whole. In that case, yeah, I'm misanthropic. Its not that I necessarily hate people, I just feel better when they are not around. I can't help it, so don't judge me, but you will because you are not as awesome as me.


It just amazes me that a species that is blessed with such a wide spectrum of human emotion tends to lean towards the dark and ugly...avarice, selfishness, hatred.


Top of the food chain, intellectually evolved, yet humans invest in improving the art of killing and war, build bigger fences, and drive like complete assholes because of an inflated sense of entitlement and importance that deems personal agendas more important than the safety and lives of everyone else. People actually fight over a parking space!


"It's not all bad" you say. "There's good in the world" you say...yes yes, I'm sure there is, triumph of the human spirit and all that rot, but the visual ratio is disheartening. With so many people condensed into small areas the douchebags just seem more prevalent, concentrated.


This oft leads me to fantasies involving starting a commune. Not a David Koresh type commune either, but one of those classy communes with chickens, fresh baked bread, and beans. Oh yes, there shall be beans!


There'd be rules of course, dictated by my elitist prerogative, but they'd be more directed to rules of admission rather than the expected and contrived amassment of a harem of nubile delights: no douchebags, no crap music (I'LL be the judge), no white sunglasses, and no cars, for if there are no cars you can't cut me off whilst texting....you are just too darn important for my commune.


Without rules, my rules, the commune would just turn into a self defeating microcosm of the world at large, and I'd be back to being surrounded by people I disliked, albeit equally, which my therapist says is not good for me.

Sigh. But a fantasy it remains. Failing my ability to procure a remote land mass to establish this modern day Eden, free of egocentric assholery and competiton, I'm content and very well prepared for Solution # 2: The Inevitable Zombie Apocalypse.

Mother Nature's built in population control, the world shrugs its mighty shoulders every now and then in an effort to cull the herd. Plagues, disease, pandemics, and (fingers crossed) The Inevitable Zombie Apocalypse.


Although the chocolate conundrum may be the key. It has been scientifically proven that chocolate possesses qualities known to placate and sooth the fairer sex, quelling volatile situations, staving off Possible Murder-Suicides.


Without it civilization as we know it may devolve into roving packs of hysterical weeping women, drinking wine out of screw-top bottles and fighting gladiator style over the last Butterfinger, the male populace dwindling into extinction without the protection of Misters Big and Goodbar.


The rapid depletion of chocolate may actually be the next answer to population control.


Or The Inevitable Zombie Apocalypse. 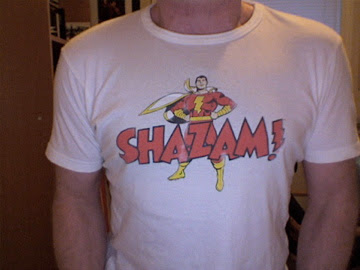 Have you ever passionately disliked someone because they are so frickin' awesome?

The sight of their perfectly full head of fashionably coifed hair sets your teeth on edge, your teeth that are nowhere near as straight and blindingly white as those contained within their easy smile.

The way their incredibly stylish clothes cling to their chiseled musculature makes your blood boil. And they don't work out, it's "natural".

The mere thought of them with their equally beautiful partner and their cool high-paying job fills you with an anger that burns with the intensity of a thousand suns.

And then you get to know the real them, and you were maliciously hoping and praying that they were inflicted with the same neurosis and dysfunction as yourself, relishing in the assumption that a housing so flawless must be vacuous and ugly on the inside.

They are bright and witty and can speak intelligently on any number of subjects, and when they do it is engaging and in a voice so mellifluous and on a tongue so silver that it makes the angels weep. They are possessed with the natural ease and charisma of Elvis Presley, and a compassion and kindness that shames Jesus.

They bowl 300 and can effortlessly use chopsticks.

They turn out to be a really cool person and are into the same interests as you. The type of person that would give the shirt off their sculptured back, someone you can go for a beer with. You are drawn to them, as is everyone, and instead of camaraderie this arouses a black invidiousness within you that you didn't even know you were capable of.

Its as though the gods imbued them with the wisdom of Solomon, the strength of Hercules, the stamina of Atlas, the power of Zeus, the courage of Achilles, and the speed of Mercury....and they have awesome taste in music!

Have you ever met someone you irrationally hated just for being more awesome than you?